How to pronounce -ed 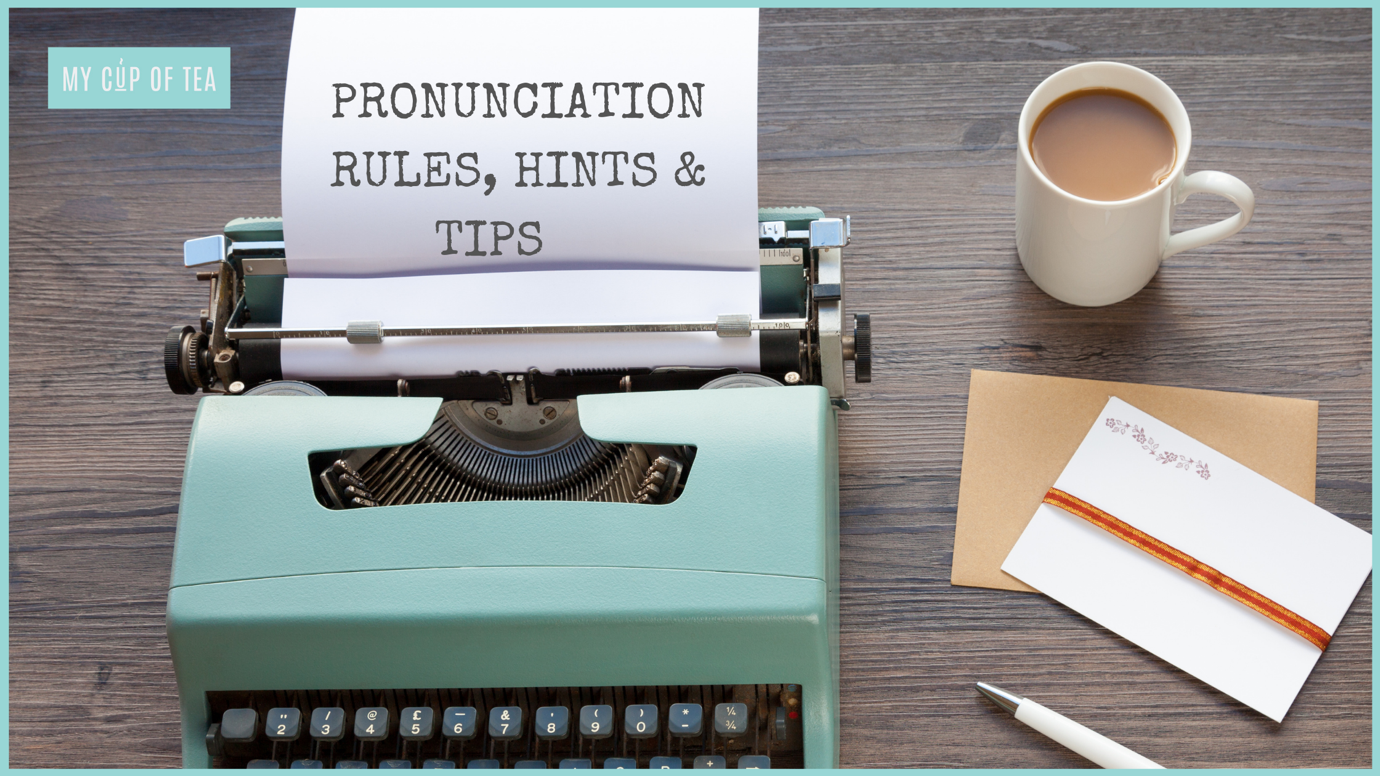 “WHAT WE LEARN WITH PLEASURE WE NEVER FORGET” Alfred Mercer

At My Cup of Tea Language School, we not only teach you the language whether it is Catalan, English, French, Italian or Spanish for your personal and professional reasons and we will help you with your pronunciation skills too!

Pronunciation – Rules, Hints and Tips: How to pronounce -ed

Even the most advanced students have problems pronouncing words that end in ‘-ed’. Why is that? Well, probably because there are lots of possibilities and it can be hard to remember which to use. We’ve written this post to (hopefully) clear things up for you…

Well, firstly, let’s remind ourselves of what the ‘-ed’ words are. They are either:

Either way, these forms are (usually) made by taking the regular verb in the infinitive (base form) and adding ‘-ed’ at the end.
There are three ways of pronouncing the ‘-ed’ sound at the end of words, and we know which one to use based on the consonant sound that comes before the ‘-ed’.

Firstly, let’s look at the /id/ pronunciation. This is the sound we make in the words ‘bid’, ‘lid’, ‘kid’. So, say those words aloud so you can hear the sound we’re talking about. Now, this exact same sound is the way we pronounce the ‘-ed’ for any verbs that end in the consonant sound ’t’ or ‘d’. Take for example the verb ‘want’, which ends with the consonant sound ’t’. When we put it into the past simple or the past participle it becomes ‘wanted’. This ‘-ed’ is therefore pronounced /id/ – we pronounce it as if it were written ‘wantid’. This is the same for all regular verbs that end in ’t’ or ‘d’ consonant sounds, such as: want, start, need, fold. Try saying ‘started’, ‘needed’, ‘folded’ in this same way.

Now let’s look at the second way, the /t/ sound. This is the same sharp, short ’t’ sound that we make with our front teeth to say words like ‘fast’, ‘list’, ‘bust’. For all regular verbs that end in the consonant sounds ‘p, k, sh, ch, gh, th, ss, c, x, or w’, we pronounce the ‘-ed’ at the end as a simple /t/ – there’s no need to pronounce the ‘e’ at all, in fact, we can just imagine it’s not there. For example, take the verb ‘kiss’ that ends in the consonant sound ‘ss’. When this verb is made into the past simple or past participle it becomes ‘kissed’, so we pronounce with ‘-ed’ with the /t/ sound, as if it were written ‘kisst’. Other examples of verbs in this list are: helped, looked, sniffed, laughed, washed, watched, danced, fixed. For the real language nerds out there (like us), these consonant sounds are called ‘voiceless’ sounds because they don’t vibrate your throat when you say them. Try it! Touch your throat while you say the words ‘look’, ‘help’ or ‘kiss’ and you’ll see that you can’t feel any vibration from the consonant sound.

The final variation is the /d/ sound. This is the standard ‘d’ sound that we make in the words ‘hard’, ‘odd’, ‘said’. We use this sound to pronounce ‘-ed’ for all regular verbs that end in the consonant sounds ‘l, n, r, g, v, s*, z, b or m’. Contrary to the voiceless sounds in the previous paragraph, these consonant sounds are known as ‘voiced’ because they make vibrations in your throat when you say them. Try it again – touch your throat while you say the words ‘offered’, ‘damaged’ or ‘loved’ and you’ll feel the vibrations of your voice. Other words in this list include ‘called, cleaned, loved, used amazed, rubbed, claimed’. Again, when we pronounce ‘-ed’ words with this sound, we just pronounce the ‘d’ – the ‘e’ doesn’t make a sound at all. For example, the word ‘loved’ is pronounced as if it were written ‘lovd’.

*Note that ‘ss’ is a voiceless consonant sound, while ’s’ is a voiced consonant sound – this is because the singular ’s’ before ‘-ed’ makes a ‘z’ sound. Don’t worry – we’ll do another post about the different ways to pronounce the ’s’.

So there you are – the three ways to pronounce ‘-ed’! Now, we’re under no illusion that this is easy. In fact, we often talk about how learning English pronunciation must be such a pain for second language learners because you can’t just read the word and know how to say it – but hopefully this post will help you get a bit closer to being able to do that.

We know this is the most annoying thing to say, but trust us, it’s the kind of thing you just get used to the more you practise speaking. Using the incorrect pronunciation of ‘-ed’ is a tell-tale sign that the speaker is non-native, therefore getting it RIGHT will really help you on your way to sounding a lot more fluent and natural in your spoken English.

Don’t be afraid to try it out in your next conversation and put what you’ve learned here to the test!